In the 2019 session the Ohio Legislature passed the controversial Energy Bill that scaled back clean energy standards, subsidized fossil fuel power plants and eliminated incentives for Ohioans to save money on their electricity bills. Many groups opposed the bill, including those focused on the effects of climate change and energy efficiency as well as consumer rights. In recent years, state lawmakers have pushed forward to modernize the state’s energy industry and tackle the threat of global climate change. The Legislature also offered financial aid to struggling coal and nuclear plants during the 2019 session. These plants are set to shut down in the near future.

Despite the criticisms of the bill, it was expected that the Senate would approve a nuclear assistance program. The program is designed to assist the owners of two Ohio nuclear power plants, Davis-Besse and Perry, to recoup their ownership stake. It is estimated to cost ratepayers $301 million in 2020. It will also help keep running the aging fossil fuel power stations.

The Clean Air Program Fund was created to send the majority of the money to FirstEnergy Solutions. FirstEnergy Solutions is the owner of the Davis-Besse nucleus plant. Certain provisions permit funds to be used to improve efficiency of energy. In order to be eligible for the grant renewable energy projects must be large-scale. Representatives from both sides expressed disapproval during the hearing on the bill. In the legislative debate, Senator Bill Seitz, chairman of the Public Utilities Commission tried to reduce the bill. He claimed it would hurt the renewable energy industry and he would prefer Ohio’s utility executives to be more generous with their political responsibilities.

The bill that was passed by the House of Representatives is currently awaiting review by the Ohio Senate. The measure will be voted on Wednesday. In the meantime, other advocacy groups, like the Union of Concerned Scientists and the American Petroleum Institute, have expressed their displeasure with the bill. They are concerned that the bill will not invalidate charges which could result in Ohioans paying more for electricity.

AEP’s Ohio bill is divided into two parts: generation and transmission. The charges are based upon the meter readings of the past or future payment. The bill also contains the “clean air” fee that will be added to the consumers paying their monthly utility bills. The fee will pay for the subsidies for FirstEnergy Solutions’ nuclear plants and will generate $190 million per year.

According to the Ohio Edison Environmental Council, average residential customers will pay $7.01 less per month when the bill is repealed. The group claims that repeal will cause health implications, and will result in the loss of Ohio jobs. The proposed removal of the broad renewable portfolio standards will also eliminate a $5 per-month surcharge for residential customers. The EPA estimates that the costs of eliminating the fee would include the loss of economic opportunities, health issues resulting from pollution, and the necessity to develop new technologies.

The House of Representatives, meanwhile, passed a bill that brought back a number of renewable energy laws. The bill also decreased the permitting risk for small-scale industrial wind farms. It also increased the maximum size of self-generation on-location wind farms from 5 megawatts to 20 megawatts. 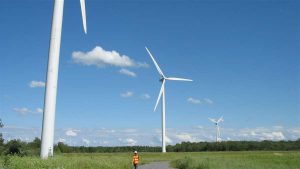 Next post Your Complete Guide to the Housekeeping Skills